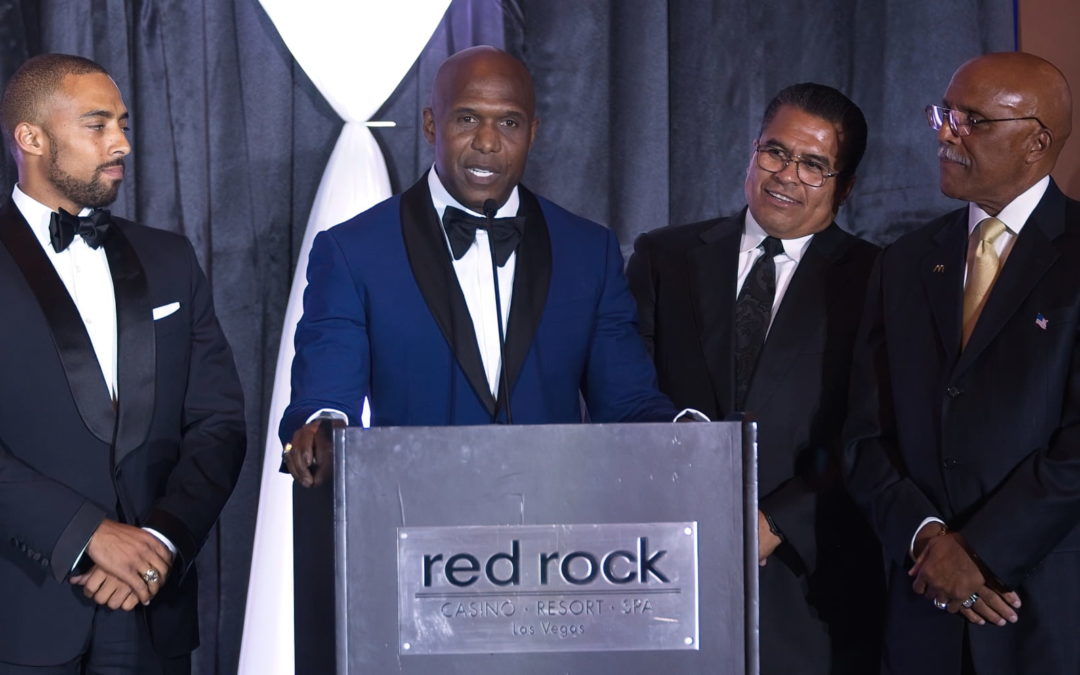 At the end of the day, it’s not about your possessions or even what you’ve achieved – it’s about the impact you’ve had on the lives of others. For the BLOQ parq (tBp) this is more than a frame of mind, it is a way of being. When it comes to giving back, we don’t just want to produce the ripple effect; we want to make waves. Enhancing a sense of community, lifting one another up and joining forces to ensure we are all able to thrive is at the forefront of the tBp mission.

Mentoring At-Risk Youth into the Workforce

“No matter how old or how young you are, you are never out of the age range to hear the messages that The Toe Tag Monologues are conveying…these messages come from peers telling other kids their age we understand your feelings because we’ve been there…and even if we haven’t, we’re here to listen to you.”

I remember walking into Hobby Lobby to check on a custom-made shadow box they were making to display a handmade beaded dashiki from South Africa. While waiting for them to bring it out, I saw two huge pictures of some familiar faces. They were the founders of McDonald’s, but the pictures were a collage of thousands of little pictures. I asked who these pictures belonged to and an older, professional-looking gentleman said they were his. He asked if I recognized these men, and I said, “Of course, McDonald’s was my first job; they are the founders of McDonald’s.” He said, “You’re right!” These pictures were larger than pictures most people frame. I was thinking; he’s going to be surprised when he sees how much it’s going to cost – this is where I met Ron Smith. I forget how long we talked, but it ended with him inviting me to lunch across the parking lot at the McDonald’s he owned. I thought it was impressive for a black man to own a McDonald’s Restaurant; later, I found out he owned 13 of them. Our first meeting was in his office where I could see the two newly framed pictures.

What you created is nothing less than amazing. I can see you taking the Toe Tag Monologues all over the world.”

I sat down and the first thing Ron said was, “I looked on your website and social media and what you created is nothing less than amazing!” Ron said, “I can see you taking the Toe Tag Monologues all over the world.” Little did I know that I was sitting across from a man who not only believed in me, he believed in our program’s vision. Ron Smith wasn’t just a mentor; he became my friend.

Ron’s first time seeing the Toe Tag Monologues live was during a monthly Life Skills Workshop we conducted in the Juvenile Detention Center. Youth locked up for everything from petty larceny to drug charges did their best at performing the monologues.

58 percent of Nevada’s inmates come to prison without a high school diploma or GED and 78 percent of inmates have minimal job training.
Source: Nevada Department of Corrections

Our curriculum requires the youth to complete the workbook, write an essay and perform one of the monologues. They weren’t Broadway actors, but they put their hearts into the performances. I found it gives youth the courage to start talking about their own lives. It is a bridge for two generations to connect and hear each other.

Ron stood before these young individuals and spoke from his heart; he talked about how he was bullied at their age. Ron told a story filled with struggles and triumphs. Every young person in that room could relate to Ron’s story. That’s when it happened. One of the youths said, “Hey, mister, when I get out, will you give me a job?” Ron said, “I wouldn’t have a problem giving any one of you a job!” You had to be there to see their faces.

They couldn’t believe that while they were at their lowest point in life, locked up, wearing jail clothes, this man was willing to give them a job.

This moment was the birth of The 2nd Chance Job Skills Program. We have conducted a 5-day Job Skills Workshop that culminates with Ron Smith and his team looking into the faces of youth who everyone else gave up on and telling them, “You’re hired!” Spontaneous tears, prayers of thanks, smiles and, hearts overwhelmed with gratitude fill the room. What they feel in that moment is what I felt when Ron told me the Toe Tag Monologues was nothing less than amazing. Having someone see you and the potential you possess is like someone telling you, “Keep flapping your wings, kid, because one day you will fly.”

The probability of recidivism for an offender that completed either a vocational or a job training program is 2.7 percentage points lower than for an offender who didn’t complete either of these programs.

Giving youth a second chance is about more than putting smiles on their faces. It directly impacts the recidivism rate among our troubled youth. It impacts families across Las Vegas and soon, across this country. It shows youth that you really can go to college, and McDonald’s will help you. It gives youth hope, and that’s not something you can go to the grocery store and buy. God sets up meetings in random places like Hobby Lobby, to ensure you will bump into what looks like regular people but are real heroes who have hearts of gold.

Authored by Byron Stringer, Founder of The Toe Tag Monologues and The 2nd Chance Job Skills Program. Byron was a Las Vegas Police Officer for over 26 years. He saw kids dying on the street and making bad choices every day. A former D.A.R.E Officer, Stringer knew he had to do more to save our kids.

The Second Chance Work Program (SCWP) serves youth who are from low-income households, at risk of dropping out of school or transitioning from foster care or justice system facilities. SCWP is a collaboration with community Partnerships, addressing the needs of youth through individual supportive services, case management, educational services, work-readiness training, and youth development services.

This is your chance to give a deserving Youth a 2nd Chance.

Limited residential, retail, and office units available.
Be one of the first to sign up to receive pre-construction pricing! Why Video Marketing Is An Entrepreneur’s Best Friend

If you’re looking to engage audiences through digital marketing, video is the way to go. It is easy to view and just as important, easy to share. When it comes to creating and increasing brand awareness, video marketing has a track record for getting the job done....

END_OF_DOCUMENT_TOKEN_TO_BE_REPLACED Research tactics are a must-have item in your marketing toolbox. Knowing how to ask the right questions and get the right answers will provide you with the clear picture you need in order to pave the way toward long-term success. As an entrepreneur and small business...

END_OF_DOCUMENT_TOKEN_TO_BE_REPLACED The Value of Embracing Brand Ambassadors

tactic Spreading the word about your blooming business is essential if you want to create a foundation for long-term growth. When it comes to promoting your brand and raising awareness, there is an abundance of avenues you can explore including the partnership of a...